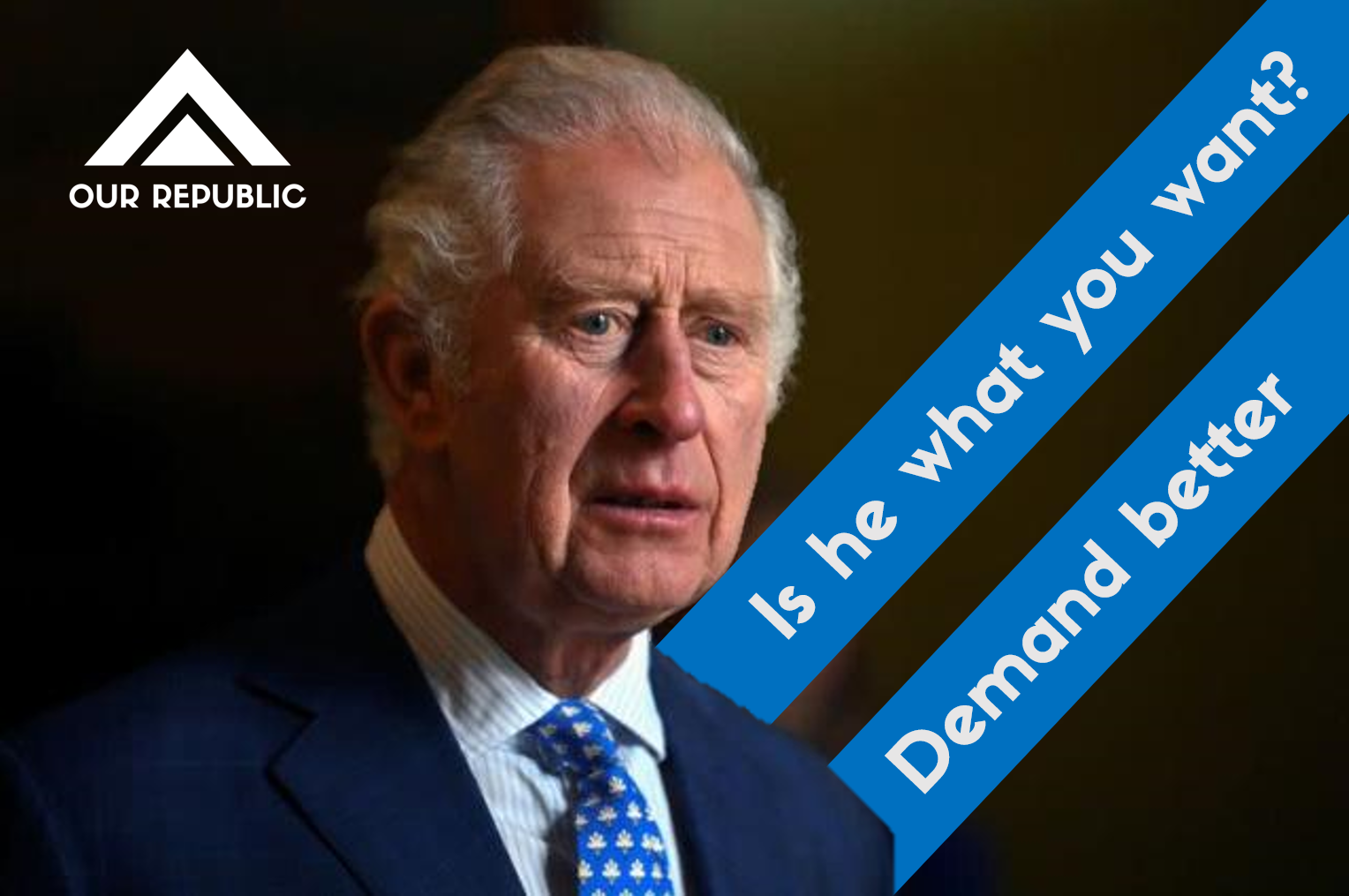 On Saturday 4th June we were joined by 100 other people from across Scotland and from as far as Nottingham to call for a Republic in Scotland. To say this exceeded our expectations would be an understatement. During a weekend where natural republicans understandably looked to get away and shut off the media barrage of Monarchist PR it was phenomenal to share the land in front of the National Monument with so many calling for change.

We heard from MP Tommy Sheppard, new Edinburgh Councillors and New Scots Yule Bandel and Martha Mattos Coelho. Activists and representatives from the SNP, Scottish Greens, Scottish Labour, Scottish Socialists, the Radical Independence Campaign, and the Republican Socialist Platform took up the mic to say their piece on their vision of a Scotland without the Monarchy. We are a democratic movement and that was made clear by everyone having a chance to stand before everyone and have their say.

From across the political spectrum came the same call – For an elected head of state for Scotland and an end to the hereditary Monarchy.

Beyond that not everyone agreed. There were speakers following one another who fundamentally disagreed in the political future of Scotland, and made that clear. Our audience challenged speakers when they disagreed and cheered their approval at words that called to them.

That’s healthy. That is what democracy should look like.

It is also an important step in the right direction. It’s taking the debate beyond our obvious shared platform and on to the important debates of what the specifics of our future should look like past the Monarchy we all know has to go. It’s the rekindling of the debate over the form our democracy should take and our relationship to other democracies around us.

We live in an era of “unprecedented” politics. Every year seems to bring another wave of norm-breaking events, political decisions, and international developments. It is only a matter of time before the next unprecedented event is the succession crisis of Charles Mountbatten-Windsor and the wave of republicanism that will come with it. We intend to be ready for that time. By making the arguments now, by restarting the debate, we can ensure we are ready to take on that crisis and win the argument for an alternative to succession by birthright.

We know the opinion of the Scottish public is swinging with us. Already only a minority still support the Monarchy and that proportion shrinks rapidly every year. So our role is not just to promote that journey but also to advertise and discuss the alternatives.

You can expect more of that from us going forwards. The debate that began at the Rally for a Republic will continue and we hope you’ll all be involved.

1 thought on “Rekindling the Debate”