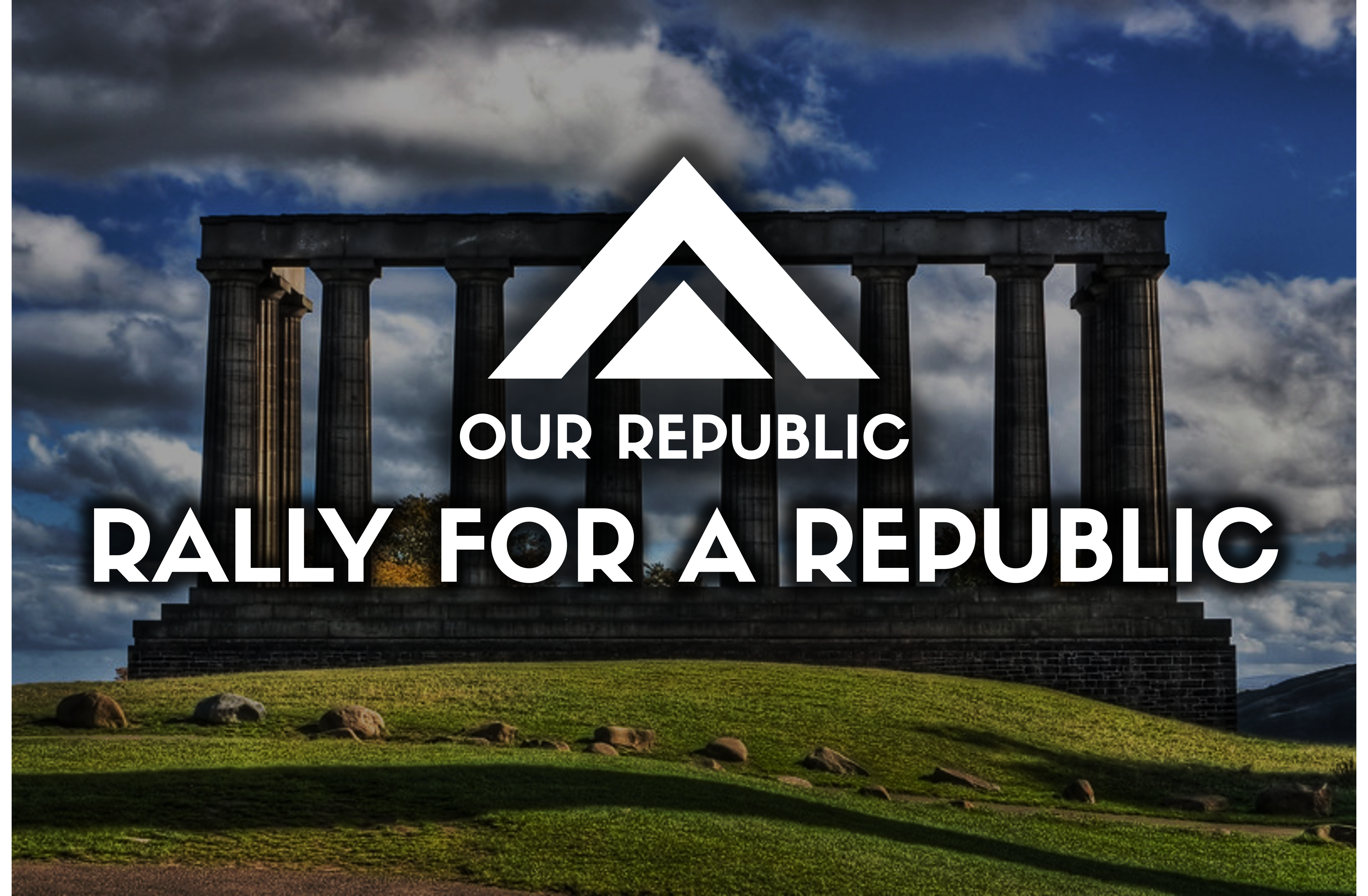 As support for the Monarchy falls to an all time low in the run up to the Platinum Jubilee, with only a minority of Scots supporting the retention of the Monarchy, we are hoping to provoke a long overdue discussion about the future of Scotland. A future without the Monarchy to become a republic.

On the 4th of June, Our Republic are organising a ‘Rally for a Republic’ on Calton Hill from 15:00. The rally aims to hear from speakers from across the political spectrum to demand and discuss a more democratic future for Scotland.

All power in Scotland should be founded on democratic principles. The monarchy is a corruptive influence on our society and culture, creating the impression that unaccountable power, being above the law, is a natural state for people with enough wealth and with the right families.

We want to offer an alternative vision of Scotland. A modern, forward thinking republic with a written constitution. Over the last five years, we have seen how undemocratic Britain has become. From proroguing parliament, political norms abandoned by the government, and high profile members of the royal family entitled to their status in line to rule our country being indicted in criminality. None of these things should be possible in a modern country.

There is cross-party support for the principle that it is the right of people of Scotland to choose the governance that best represents them and remove that which they no longer consider just. A principle set out by the Claim of Right, signed by members of multiple political parties and community representatives from churches to trade unions. As the Monarchy loses majority support of the Scottish public it is time to reconsider whether their status is the will of the people of Scotland. It is time to re-open the debate and decide whether the successor to Elizabeth Windsor ought to be a man entitled by birth right or someone decided by and accountable to all of us.

We hope that Scotland will follow in the footsteps of many other commonwealth countries who are beginning to question the Monarchy. Barbados removed the Queen as head of state in November 2021, while Belize, the Bahamas, Jamaica, Grenada, Antigua and Barbuda, and St. Kitts and Nevis have all indicated they intend to follow suit. Similarly, the question has been raised recently in Canada where 60% of Canadians said the Queen and the Royal Family should have no formal role in Canadian society. We intend to make the case that our future lies with them, not with clinging to undemocratic institutions of our past.