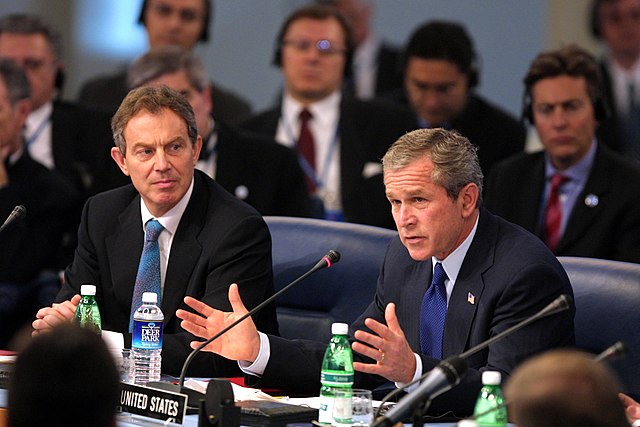 By Gwen Wall – Equalities Officer of Our Republic

Or Alex Salmond, or Jacob Rees Mogg, or Boris Johnson. Or even our very own President Donald Trump. Whoever the flavour of the month hated politician happens to be, they seem to always be brought up in response to the idea that we might freely elect our head of state.

Never mind that Tony Blair happens to be (mostly) retired from frontline politics or that Alex Salmond has the lowest approval rating of any Scottish politician, an elected president would inevitably be a universally hated and somehow popular former politician.

Let’s start with the obvious: of course, you might object to an elected president’s politics or character. You may even detest them as a person. The same is true of any future monarch. The key difference is that we would get to choose who represents us and that an elected president would have to earn at least some support at the ballot box.

It is very unlikely that Blair or Salmond would ever be elected president of a Scottish Republic for a very simple reason: they do not enjoy much support among the people living here. No reason to stop them from trying, if they were really keen. Indeed, one of them might try it if we had an executive President with sweepings powers to introduce legislation or declare war.

But one needs only to look over the pond to Ireland or Iceland to see that elections for ceremonial presidents tend not to be bitterly contested affairs in the same way general elections are. Most people recognise the need for our head of state to bring us together in a way our parliaments cannot, and so would prefer unifying candidates.

The nature of the office would also deter undue bitterness and divisive candidates. A ceremonial president simply would not have many powers that relate to daily life in Scotland, and would likely not attract candidates whose primary concern was directly shaping policy.

Where a President could intervene politically, in ways an unelected monarch never could, is in the tone and style of debate. A directly elected President would have been a welcome presence during the heat of our post-referendum recriminations, better positioned to remind us that no one is a “traitor” for having different views and that everyone is entitled to their say. It would be all the more powerful coming from someone directly accountable to us.