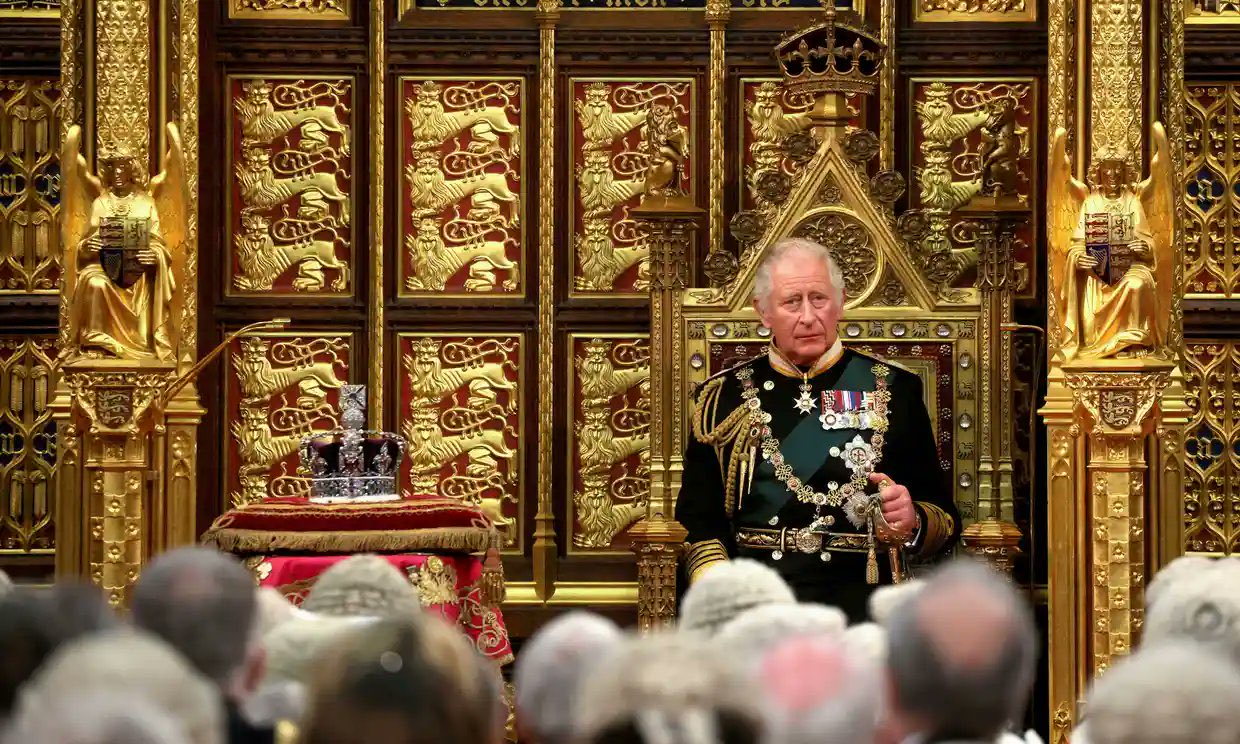 Is there any more ludicrous display which shows just how out of touch our political system is? A Prince sat in obsolete uniform, on a throne of gold surrounded by riches, flanked by family who have done nothing to earn their place, reading laws he has no choice but to sign.

This flagrant display of obscene wealth, of unearned and unaccountable power, by a Prince who feels entitled to rule by birth right, reading laws that require his signature to exist.

This annual farce, this anachronistic pantomime, heralded by people in century-old suits searching the cellars just in case another Catholic has decided to stow barrels of gunpowder down there to massacre our Parliamentarians. What did the BBC note of this absurd ceremony? Only that it was a woman, for the first time, leading the profession of old men into the cellars.

It’s 2022. It has been 400 years since the Gunpowder Plot and it has taken this long to involve one woman in the proceedings. This isn’t a notable improvement, it’s pathetic, and our national media should have the nerve to say it.

For a marginally shorter 350 years an MP, elected by the people to represent them, is held hostage in Buckingham Palace for the duration of the speech. Labour MP Jim Fitzpatrick explained that during his 2014 time being the designated hostage it was made clear to him that the military would literally immediately murder him if the Monarch came to any harm.

The MPs then ceremoniously slam the doors of parliament in the face of the Queen’s representative to signify their independence. That famous independence that requires that laws they vote for require the Monarch’s sign-off before they can become law. They then follow the representative as they’ve been instructed, in a fairly on-the-nose representation of how wafer-thin this independence truly is.

Is this who we are? Let alone who we want to be? This isn’t a play, some entertaining historic re-enactment you can go to to see how things used to be in our archaic past where the Monarchy ruled with entitled pomp and arrogance. This is a state proceeding our representatives are forced to undergo as if to rub their faces in how flawed and antiquated our democracy truly is.

We can do so much better than this charade. It’s time to drag ourselves into the present. It is time for change.

1 thought on “This Annual Charade”