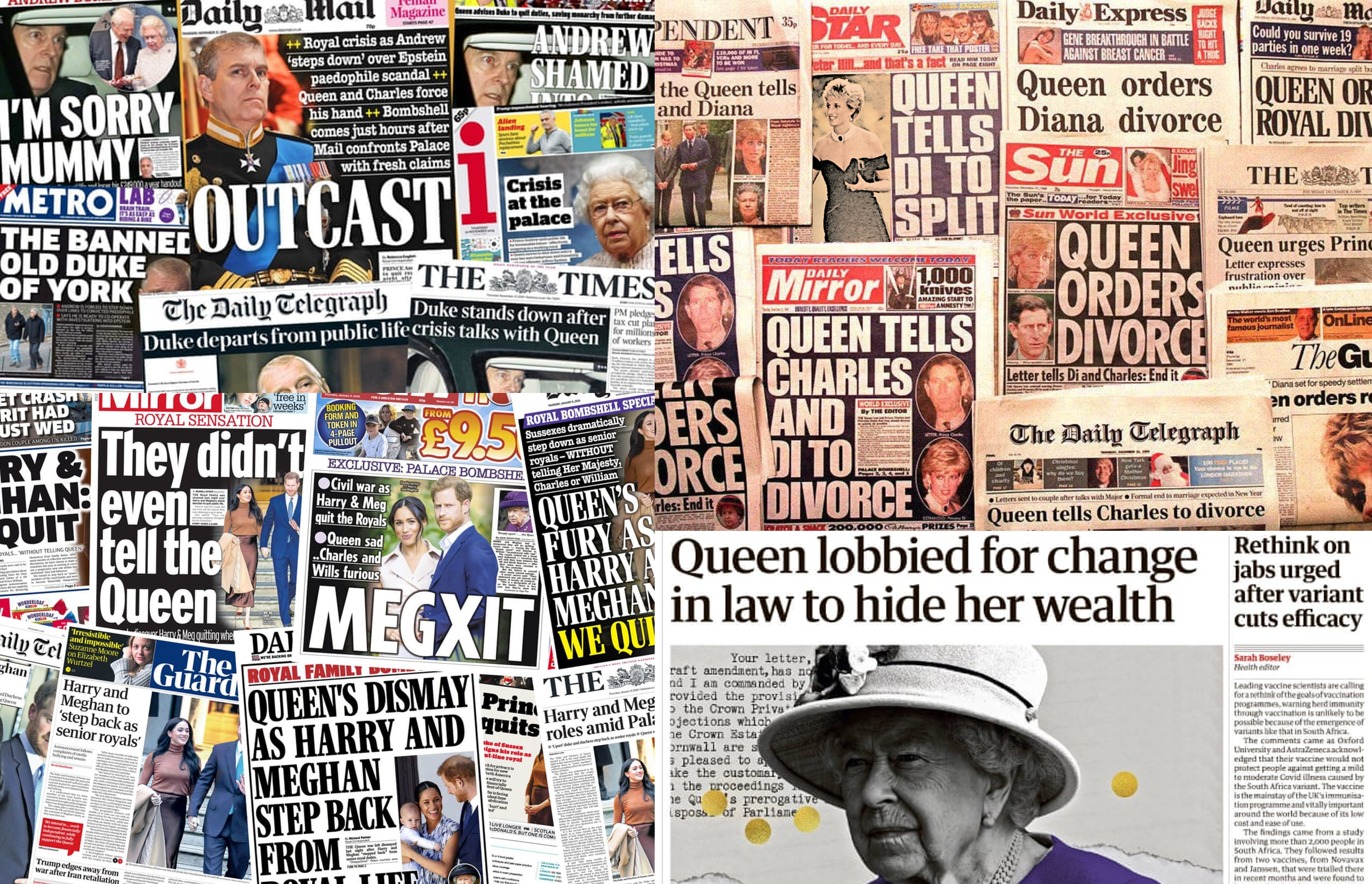 By Sasha – Equalities Officer of Our Republic

At Our Republic, we prefer to focus on the positive case for a democracy and criticising the corruption that power unaccountable to the people brings. However, I thought it prudent to examine something that I, as a foreigner, find especially peculiar about the Royal Family. The entire industry of commenting on every move of the royals is something I have tried to ignore it for most of my time in the UK (as it is profoundly uninteresting to me) but inevitably found myself seeing in the news.

It seems like every major publication, from The Sun through The Independent to The Guardian, has their own, more or less regularly updated section on the royals. People who read those sections can discover truly riveting things, such as Prince Charles’ favourite songs, Prince William & Kate Middleton’s unusual bedroom set-up, the Queen being rude to her grandson and so on. All of these articles, hyper-focusing on the extremely minute details of the life of the royals, have always struck me as weird and a bit creepy. People born or marrying into the royal family are forced to give away their privacy and various bits of information about them are guaranteed to appear in the media sooner or later. The article I cited earlier, about William and Kate’s bedroom, reveals a journalist has obtained the floor plan of one of their houses. I don’t have any sympathy for the monarchy, but the thought of my house plan being out there in the public would fill me with abject dread, whether I had a security detail or not. I cannot begin to imagine what it is like to have your every decision scrutinised, made the topic of articles.

I am sure there are people out there who want to know whether Harry and Meghan talked to the Queen about their daughter’s name, or whether the Queen met with her great-grandson. But to me, this is a fundamentally strange fascination. A while ago, a monarchist told me that a true royal family should lead the country by example and royal subjects should strive to emulate the monarchs in their daily life. If that is indeed the case, I fail to see how being mean to your grandchildren, being required to consult the name of your child with your grandma and not meeting your great-grandchildren because of overwork are positive role models. If anything, the obsessive coverage of the royals shows us a picture of a broken and very dysfunctional family.

The coverage of the royals outlines yet another aspect of life in Britain. While the royals spend exorbitant amounts of money on weddings, their palaces and residences and, most recently, a planned refurbishment of the royal yacht, which is set to cost almost a quarter of a million pounds, poverty and deprivation have been on the rise. Despite all of the money earned on the Crown Estates, the Duchy of Lancaster and Duchy of Cornwall, back in 2004 the Queen has attempted to use parts of the state poverty fund to cover her fuel bill for Buckingham Palace, only backing down from the move because it would have been “a public relations disaster”. But, this year, discovered to be secretively lobbying Scottish Ministers to avoid being held to climate costs expected of everyone else. Evidently, in addition to being dysfunctional and broken, they are living way over their budget.

Compare all of this, for example, to the coverage of the Irish President, Michael D Higgins. Other than a few articles about politics, like the promulgation of Health Amendment No 2 Bill and Brexit trade deal problems, the recent news articles are about Michael D Higgins calling a presenter whose brother passed away earlier this month, two ponies being allowed to graze at his residence and a few reports on his public statements and interviews. Far from the invasive reporting over the minute details of the life in the royals, their luxurious weddings and yachts, isn’t it?

Media coverage of political figures is a normal part of life in democracies. Without it, all manners of scandals and frauds go unseen. The coverage of the royal family only reveals the rot and decay that comes from having enjoyed unaccountable power for generations. Power dressed in Byzantine traditions, jewels plundered from the Global South, custom-made clothing and vast amounts of gold, while common people struggle to keep themselves fed and housed. This, perhaps, is the clearest case for setting the monarchy aside and being led by people that truly represent us.